5 Safest Countries in the World for Expats in 2021

Thinking of moving to another country, or wondering where your current home ranks in the list of safe destinations? It’s great to be on the brink of a new adventure, but safety and security are important too when you’re thinking about moving abroad as an expat. Safety has taken on special meaning in the age of the global COVID-19 pandemic. And digital security is now an even higher priority as work and commerce move online. What are the safest countries in the world for expats?

What is the safest country in the world depends on who you ask, and how safe you feel in a particular country can also depend on who you are. There are few, if any, LGBTQ rights in some countries for example. And some destinations are much safer for men than for women. European countries top most safety leagues, and Nordic countries tend to do best, safety wise. But which is the safest one? Iceland and Denmark are among the countries with the lowest crime rates, as well as being politically stable. Safety can also vary depending on location within a country. For example, Sydney is the fourth safest city in the world according to The Economist’s Safe Cities Index 2021. But Australia as a whole doesn’t feature particularly high up in other safety rankings.

All this said, these are the locations that tend to figure at the top of many safety rankings:

Since this ranking, other studies have produced slightly different lists. Here, we take a closer look at how safe are different countries for expats. This list covers the safest destinations for expatriates and their families to move to in 2021, plus countries with the lowest crime rates.

What makes these places the safest countries in the world for expats?

This list covers the most amazing destinations for expatriates and their families to move to in 2021. We’ve based it on factors and latest available data including earnings potential, quality of life, education, healthcare and more. This list doesn’t take COVID-19 restrictions into account, so bear in mind you’ll need to do your own research about local restrictions.

Safety is – or should be – a key concern for expats. But how exactly can you judge whether a country is safe and secure? It’s not just about crime rates; factors contributing to safety and security, or the lack of it, include:

There’s also the natural environment to consider; is a country prone to natural disasters, for example? And can its infrastructure cope if they do occur?

Sadly, according to 2021’s Global Peace Index, the world is a less safe place than it was in 2020. The aftermath of Covid-19, and a rise in tensions between powerful countries have resulted in civil unrest, with more forecast to come. And of course, the pandemic has made destinations with high infection levels feel very unsafe. But despite this, there are still many good reasons to become an expat in 2021 and many fantastic places to move to.

What are top 10 reasons to become an expat? 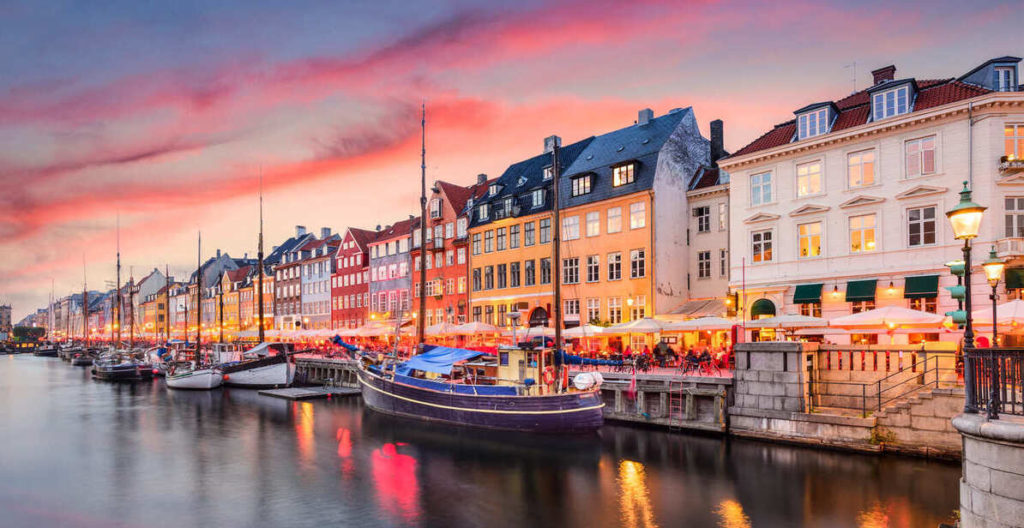 This Scandinavian country is generally considered one of the safest countries in the world. It has a low crime rate and there’s almost no risk of natural disaster. Copenhagen, the Danish capital, is number 1 in the Economist’s Safe Cities Index for 2021.

According to the OECD, people enjoy good access to high-quality healthcare in Denmark, with the country spending over the EU average on healthcare – 10.1% of GDP. Check out our latest ranking of countries with the best healthcare system.

Denmark has a highly advanced infrastructure, and claims to offer the most reliable electricity in Europe. Copenhagen’s airport ranks at number 3 in the European Consumer Airport Index. Public transport is of a very high standard.

Crime levels in Denmark are low, driving standards are high, making it one of the safest countries in the world.

Broadband is available almost everywhere in the country. The government is currently strengthening digital security with its Cyber and Information Security Strategy.

Denmark aims to recycle 70% of all its waste by 2024. It has invested in greener public transport, and Copenhagen has its own climate adaptation plan. 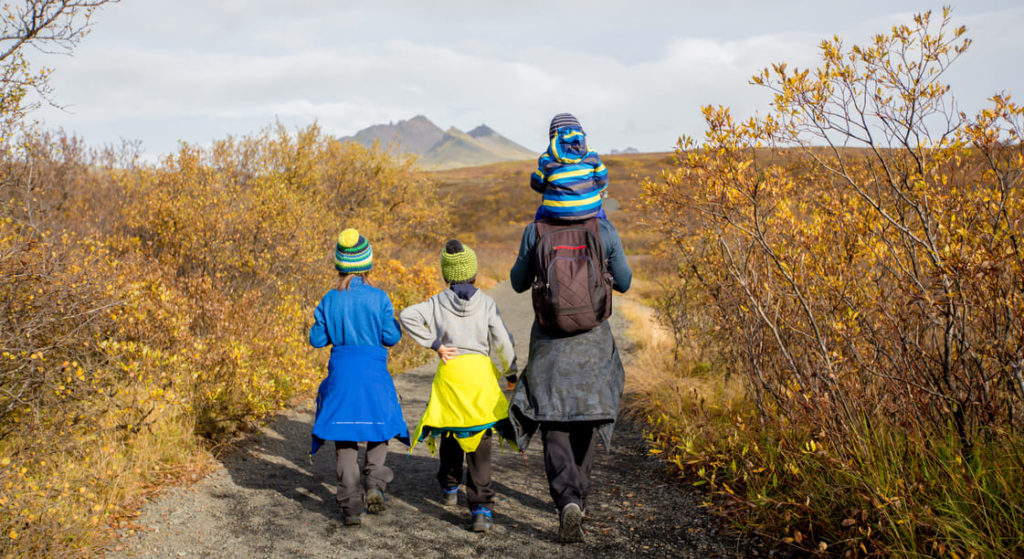 Iceland tops the Global Peace Index, which ranks countries according to safety and security, ongoing conflict and militarisation.

With a sophisticated telecoms network and good airport connections, Iceland ranks top for basic infrastructure in the IMD World Competitiveness Report. Some of Iceland’s rural roads have poor surfaces and driving can be tricky, especially when the weather is bad. Most people have cars and public transport is quite basic.

Iceland has a very low level of crime, especially violent crime, making it one of the safest countries in the world.

Did you know Iceland is one of the best countries to raise a family?

Iceland has a good track record of dealing with cyber security issues, setting up a government task force back in 2013 to lay a foundation for strong, reliable systems.

Air pollution in Iceland is much lower than the OECD average and nearly all homes have energy from renewable sources. The country ranks at the top for environmental quality, according to the OECD’s Better Life Index. With its relatively low level of crime, Canada is one of only two non-European countries to appear in the Global Peace Index’s top 10. In The Economist’s Safe Cities Index, Toronto is named as the world’s second-safest city.

Life expectancy for Canadians is above the OECD. Average. All residents of the country have access to publicly funded healthcare without having to pay out-of-pocket.

Canada has an extensive network of roads and railways, as well as 10 international airports. The country has invested over $71 billion in improving its infrastructure, including public transport and green infrastructure.

Crime has been declining in Canada for several years, confirming its status as one of the safest countries in the world. The country has very strict gun laws.

Like most countries, Canada is battling with cyber security threats. However, digital security in Toronto is still rated as high in the Safe Cities Index. 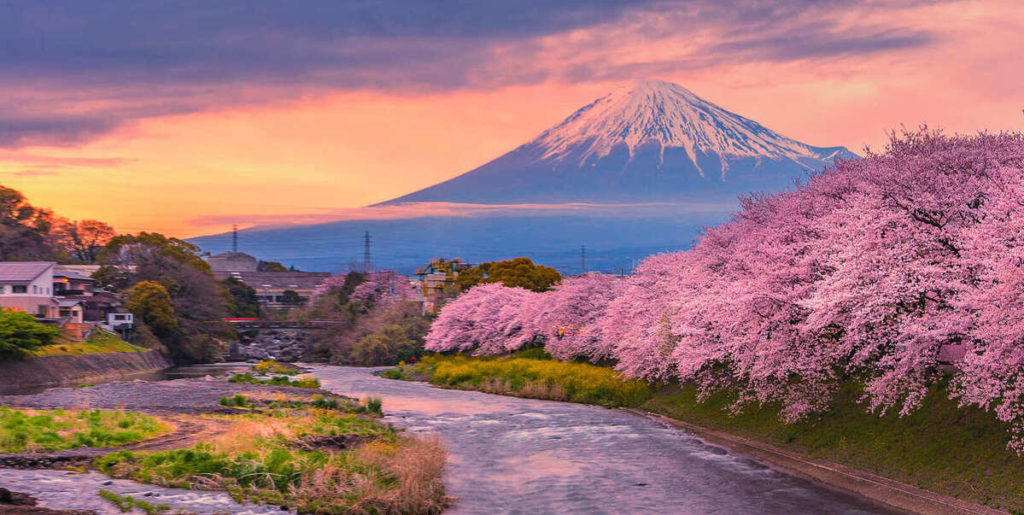 Ranked the second-safest country in Asia in the Global Peace Index, and with Tokyo ranked 5th safest city in the Economist index, Japan has a reputation for being a secure country to live in and visit.

Japan has the longest life expectancy in the OECD as well as low rates of obesity and below-average alcohol consumption and smoking. The country has a universal healthcare system, where patients pay 30% of the cost of medical care, and the government 70%.

As well as its sophisticated road and airport network, Japan is well known for its cutting-edge, high-speed trains, including the Shinkansen (bullet train) network.

The crime rate in Japan is low, and crimes targeting foreigners are uncommon, according to security organisation OSAC, making it one of the safest countries in the world.

Cyber security in Japan was strengthened in the run up to the Tokyo Olympics, but cyber crime is still an issue.

Japan is taking steps towards becoming carbon neutral in 2050. These include investing in next-generation solar panels, hydrogen fuel and electric vehicles.

Crime is clamped down on hard in Singapore, and firearms are strictly controlled. The city state comes third in the Safe Cities Index. Check out our full guide on moving to and living in Singapore as an expat in 2021.

Singapore Changi, one of the busiest airports in south east Asia, is also rated as one of the world’s best. Singapore also has a world-leading port and telecommunications.

Its very low crime rate is one of Singapore’s attractions. In fact, it’s one of the safest cities in the world. Violent crime, in particular, is rare and guns are strictly controlled.

Singapore comes second in the Safest Cities digital security ranking, but scams are far from unknown. This country is also famous for hosting a vast amount of digital nomads.

Singapore’s Green Plan 2030 sets out its agenda on sustainable development. Among its targets are to plant 1 million new trees and reduce waste sent to landfill by 30% in 2030.

The COVID-19 pandemic had a significant impact on the level of safety and peace across the world, leading to both increases and decreases across the whole spectrum of violence and conflict. While most countries recorded a fall in interpersonal violence owing to the pandemic, the level of violent crime and homicide did surge in a few countries, most notably the United States.

It’s really important to remember though, that there may be a considerable amount of petty crime even in countries which are very safe and where overall crime and violent crime is low. So wherever you are, it’s always vital to keep your wits about you.

The safest country in the world for women

Spain is the safest country in the world for lone female travellers according to the Women’s Danger Index, which ranks the countries that are safest for women to visit. It’s followed by Singapore, Ireland, Austria and Switzerland. The index takes into account things like whether it’s safe for women to walk alone at night, the homicide rate, attitudes to violence against women and gender equality.

Which is the safest country in Asia?

With their low crime rates, Japan and Singapore top most lists as the safest countries in Asia.

Which is the safest country and travel destination for LGBT?

Canada was rated the safest travel destination for members of the LGBT community, according to a 2021 ranking. With 13 points, the North American country outperformed Malta, Portugal, and Spain —the safest countries for this group of tourists in Europe. Out of the nine best-performing countries that year, seven are located in that continent.

Which is the safest country in Africa?

Mauritius is the safest African county, ranking 23rd in the Global Peace Index. Ghana is the second safest, at number 43.

Which country has the lowest crime rate?

Qatar has the lowest crime rate in the world, followed by the UAE, according to Numbeo statistics. Venezuala has the highest crime rate.

Sign up for more, opt out at any time

Wherever you move, we can help you safeguard your health

At William Russell, we have nearly 30 years of helping expatriates accepting their culture shock when they move abroad and settle into their new lives overseas by providing world-class global health insurance. Plus, we produce lots of expert material to help you and your family adapt to life abroad.

Making the move to another country can be challenging. But no matter where you go, you can take one thing off your mind. William Russell offers global health insurance that can cover you for everything from minor injuries to long hospital stays, and we even offer medical evacuations to patients who require treatment in other countries.