Expat Guide To Moving And Living In Indonesia

Home›Blog›Expat Guide To Moving And Living In Indonesia

With over 17 thousand islands and 270 million people, Indonesia is one of the world’s biggest countries – but is it right for you? There has never been a better time to become an expat, but what should you know before you go?

Our full guide on becoming an expat and living in Indonesia should help you. We cover the practical details expats should consider before making the move, including the visa requirements to live and work in Indonesia, language barriers and information on education and healthcare.

Life in Indonesia is a mixed bag.

On one hand, it is a highly developed country with incredible modern cities. Jakarta, the capital, is the world’s second-most populous urban area after Tokyo, with an urban core built around global commercial and financial institutions. Being so close to places like Tokyo, Hong Kong and Singapore – one of our other top destinations for expats – it has a deserved reputation as a powerhouse capital in South East Asia.

On the other hand, Indonesia is an undeniably poor country, ranking very low for personal income and GDP, with around 10% of people in Indonesia living below the poverty line and 40% only slightly above it.

But don’t let that deter you. Indonesia is known for its welcoming hospitality and Indonesians are renowned as some of the friendliest people on the planet – so you’ll have no trouble settling in.

Life is split between the three largest islands, which are Borneo (shared with Brunei and Malaysia), Sumatra, and Java (which is where you’ll find Jakarta). But these are three of only 17 thousand islands that make up the whole of Indonesia – in fact, it’s the largest archipelago in the world.

What languages are spoken in Indonesia?

Indonesia is also incredibly diverse and there are over 700 languages spoken daily across the country, including hundreds of rare indigenous languages.

The national language is Indonesian. However, Javanese is the most widely-spoken language, with over 40% of people speaking it daily.

English and Dutch are also widely spoken, especially in the major metropolitan centres, but if you plan on venturing further afield you may want to take an Indonesian and a Javanese phrasebook with you.

to move and live abroad?

Is living in Indonesia dangerous for expats?

The Economist’s 2021 Safe Cities Index puts Jakarta near the bottom of the list, with a safety score of 56.4 out of 100. Jakarta scored low for every metric, but especially for personal safety and digital security.

Life in Indonesia comes with a high risk of earthquakes, road traffic accidents and petty crime – however, one of the biggest threats in Indonesia is terrorism.

Attacks on political targets in Jakarta are still occurring and, tragically, westerners are a particularly popular target for insurgents. However, these events are mostly random occurrences and, were they to stop occurring, Jakarta and Indonesia would be considered fairly safe overall.

What is the average expat salary in Indonesia?

The good news for expats is it is relatively easy to enjoy a great standard of living in Indonesia.

But you may not even need to find employment in Indonesia. If you’re lucky enough to have a permanent contract from a company who don’t mind you working remotely, the beaches of Bali could be your new office – and you’ll still be eligible to apply for a working visa in Indonesia.

Thinking of taking your laptop around the world?

How many expats are living in Indonesia?

Only around 350,000 expats live in Indonesia, with the vast majority living in Jakarta. Within the capital, the neighbourhoods of Sudirman, Kuningan and Menteng are the most popular with foreigners, due to being close to the commercial and cultural centres of the city.

Unfortunately, the OECD puts Indonesia at the very bottom for education in the developed world. This means as an expat living in Indonesia, you’ll probably want to look for private education for your children.

Fortunately, Indonesia has plenty of private schools, especially in Jakarta. Both the British and Australian education systems are popular.

Check out the best countries in the world for education

Indonesia is at the bottom end of healthcare systems in the developed world. Although, government spending in healthcare has increased drastically and a universal healthcare system was implemented in 2014. However, many Indonesians still rely on private health cover, especially when it comes to services not included in the country’s standard healthcare coverage, such as mental health services.

International health insurance is a must for expats, not only because it will help you access the widest possible range of medical services, but because it is a requirement for securing a work visa.

Which countries have the best healthcare in the world?

How to get a visa to live and work in Indonesia

Most people can enter Indonesia visa-free and apply for a visa on arrival. This visa can be extended once for a total of 60 days. However, when it comes to getting a longer-term visa, things get a little complicated.

Those intending to work in Indonesia will need to apply for one of two types of visa:

Applying for residency in Indonesia can be complex, which is why it’s usually best to work with a local immigration lawyer – especially if you also intend to start a business, purchase a property or invest in a company when you move.

To be eligible to open a bank account when living in Indonesia, you must first have your ITAS. You will then need to visit your bank’s branch with a copy of your passport and any immigration documents. You may also need a copy of a letter from your employer as proof of your employment and perhaps even a reference letter from your boss. Some banks will even ask for copies of your most recent payslips.

Do you know how much medical treatment

can cost away from home?

Your handy “moving to Indonesia” checklist

Ready to begin a new life in Indonesia?

Moving to Indonesia is a huge step – but promises huge rewards. Culture and beauty, the likes of which you’ve never imagined, are right around the corner.

The only thing left to think about is whether you have the right health insurance. And for that, William Russell is here to help. Before you jet off, speak to us about our range of specialist international health insurance packages, designed especially for expats like you. 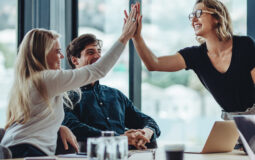