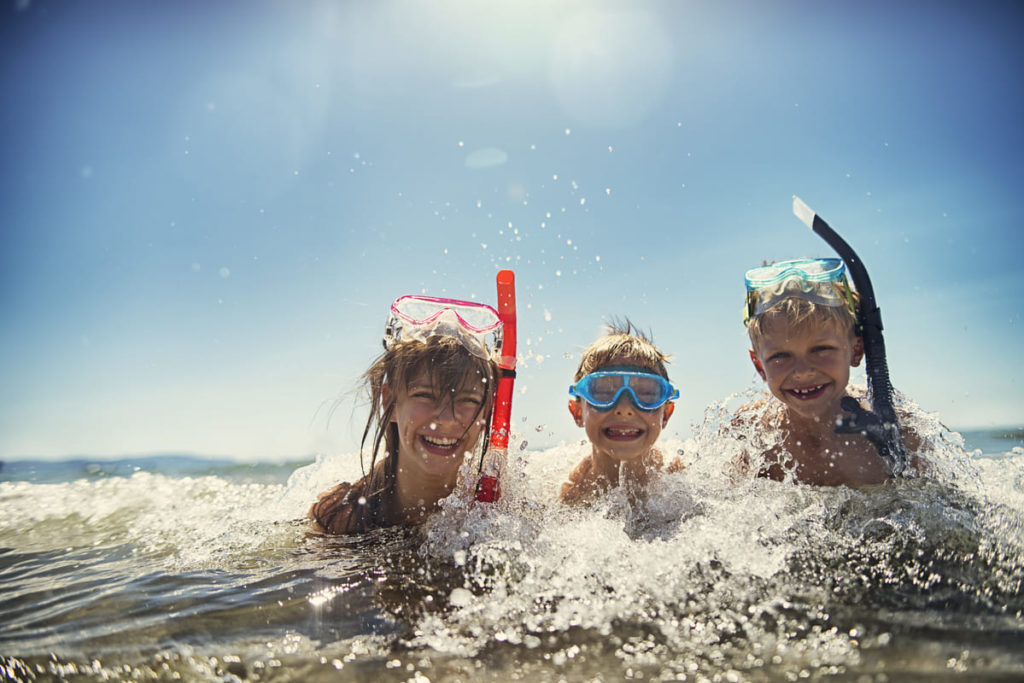 Home›Blog›Family Airlifted from Mauritius in Emergency

Expat life in Mauritius is incredible, however, no matter where you are, an emergency can happen.

In 2019 an expat family were airlifted from Mauritius. They faced the worst nightmare when a headache proved to be more sinister for their daughter. In this article, we tell their story and how international health insurance with emergency medical evacuation cover helped them in a difficult situation when living and working abroad. Expat life in Mauritius can be really fun. Make sure you and your family are protected by international health insurance in case an emergency takes place.

Expat life in Mauritius: how can emergency medical evacuation help?

Jamie Copsey and his wife Olivia live on Mauritius with their children Patrick, Matilda (Tilly) and Ferguson. The family moved to the small island in the Indian Ocean years ago as part of Jamie’s work as Head of Learning & Development at Durrell Wildlife Conservation Trust. Jamie, whose role involves a great deal of travel, runs training programmes for conservation biologists. Read more about the best countries to raise a family if you are relocating with kids.

In April 2019, they faced every parent’s worst nightmare when a bad headache soon proved to be a lot more sinister for their daughter, Tilly. After tests were conducted at their local hospital, the family were told that the 10-year-old was suffering from viral meningitis. She was treated accordingly and sent home to recover.

“As Tilly was still paralysed and in extreme pain, we knew we needed outside help – but given our location, we really had no idea what to do for the best. Fortunately, we received a call from the medical team at William Russell the next day. They had requested Tilly’s notes and tests as soon as she had been admitted to hospital and having seen the results of her lumbar puncture their doctors had decided they were not happy with one of the MRI scans.”

They told us that a plane was being arranged to airlift Tilly off the island immediately. Within 12 hours she was being taken by ambulance to the airport and then on to South Africa.

Once in Johannesburg, Matilda was admitted to paediatric ICU and her pain was managed with morphine while the doctors tried to agree on what was happening to her. Eventually, one doctor diagnosed her with a rare condition that he had seen before: ADEM, or acute disseminated encephalomyelitis. Jamie explains: “It’s been a long road – because initially, it was intensely painful for Tilly to put any pressure on her legs. However, eventually, she was well enough to continue her physio at home in Mauritius.”

At William Russell, we have 30 years’ experience of helping expatriates finding best places in the world to move abroad and settle into their new lives overseas by providing world-class global health insurance. Plus, we produce lots of expert material to help you and your family adapt to life abroad.

Making the move to another country can be challenging. But no matter where you go, you can take one thing off your mind. William Russell offers international health insurance and income protection that covers you for everything from minor injuries to long hospital stays, and we can even offer medical evacuations to patients who require treatment in other countries.

Looking for international health insurance for you and your family?

Find out what we cover