Home›Blog›Best Countries To Start A Business In 2023

Starting a business is always a challenge, but starting a business in a different country can be even more so. There are several things to consider, from corporate tax rates and trading laws, to what kind of business you hope to run and where your market is likely to be. You should also remember that some countries have different requirements and standards for starting a business, so it’s important to investigate these before setting out to start your business.

If you haven’t already got your heart set on a particular destination, we’ve found the five best countries to start a business in 2023 based.

The best countries to start a business in 2023

Where are the best countries to start a business?

Ireland is a highly popular destination among entrepreneurial expats, with the capital city Dublin consistently named one of the top cities in the world to start a new business. One of the reasons Ireland is so attractive, is its incredibly low corporate tax– at just 12.5%, it’s amongst the lowest in the world. And as corporate tax is charged on profits, this low rate is ideal for businesses that are just starting out and haven’t had the chance to make a large profit yet.

Ireland has a relatively small population of just over 5 million people, so when you start a business, you have a far better chance of standing out from the competition, finding a market niche and turning profit faster.

The export market is another draw for Ireland. Over the last few years, Ireland’s export market has grown significantly – the value of the country’s food, drink and horticulture exports increased by 4% to a record €13.5 billion in 2021 alone, despite the impact of COVID-19 and Brexit on trading. Other Irish exports include pharmaceuticals and tech-based exports.

In 2021, Ireland exported goods worth over $190 billion across all sectors, with the United States importing almost 31% of these. So, if you’re looking for the best places to start a business based on export, Ireland is a good choice for you.

Having all these companies gathered in one place, makes Ireland a great country to start a business, as networking opportunities like this aren’t found in many other places in the world.

Ireland is one of the world’s top business travel destinations

While not part of the European Union, Switzerland is a very close economic ally, which opens up many valuable trading opportunities for Swiss business owners. Switzerland has access to the European single market, meaning it can trade freely with every country that’s a member of the EU. This makes it an ideal country to start a business as it allows for immediate trading with other countries without having to worry about technical and legal barriers.

Switzerland boasts one of the best workforces in the world. In September 2022, the unemployment rate dropped to 1.9%, the lowest it’s been since 2001. It’s also one of the few countries with a good employee retention rate, with 10% turnover.

Switzerland is, historically, politically stable, making it an ideal place to start a business. The lack of political upheaval means that the country has a stable economy, well-established trade agreements and a clear path for the future of the country, all of which are important things to consider when choosing a country to start a business.

Switzerland is one of the best countries to live and work The UAE is a hub for new businesses. It’s known as the home of an eclectic mix of businesses and while the most well-known are real estate and consultancy-based, there is plenty of room for others, and it’s relatively easy to find your niche in the market.

While there is currently no corporate tax in Dubai, making it a very appealing country to start a business in, this will soon change. As of June 2023, the UAE will introduce corporate tax to secure its place as a global business hub. However, at approximately 9%, the tax is still one of the lowest in the world, and it will not affect free-trade zones.

There is also a distinct locational advantage to starting a business in the UAE. As the midpoint between the East and West, the UAE facilitates business connections that might never have happened otherwise. If you’re looking for networking and potential collaborating opportunities, the UAE is one of the best places to start a business.

Healthcare can vary around the world

Singapore is one of the most underrated countries to start a business. It has a flat corporate tax rate at 17%, a stable government and economy, and excellent trade agreements with several countries across the world.

With 27 different free trade agreements, Singapore has eliminated most of the tariff charges that are usually present when trading internationally. This, along with its simple business set-up process, makes Singapore one of the best places to start a business. All you need to do to set up a business in Singapore is comply with the set-up requirements, get the correct permits, and set up a corporate bank account, hence its popularity with new business owners.

The stable government and economy are big draws for people looking to start a business. Singapore is regarded as the most politically stable country in its region and, as a result of this, crime rates have remained consistently low, and the economy has prospered.

Even though Singapore’s economy took a dip during the pandemic due to its reliance on international trading, it has recovered well and is continuing to grow.

Singapore is one of the best places to start a business if you don’t plan on doing much business with Europe. It is a prime location for networking with the business giants of mainland Asia, as well as international companies with headquarters in Singapore, such as Google.

If tech’s your game, then the USA is calling – or, more specifically, San Francisco. The San Francisco Bay Area is famed for having the highest concentration of high-tech companies in the USA, boasting easy access to Silicon Valley and the brightest STEM minds, possibly in the world. As of today, San Fran is home to six Fortune 500 companies, 1900+ technology companies, 120+ biotech companies and 200+ cleantech companies. There couldn’t be a more inspirational place to start a business.

The US is actually one of the most foreign-friendly countries to start a business and its start-up eco-system is rated first in the world. Along with San Fran’s plethora of tech start-ups, the US as a whole is also a thriving hub for ecommerce and retail, education and energy and environment businesses.

Registering a business in the USA provides instant international standing, making it easier to attract financial backers and international partners. As a leader in the global market, the USA also provides access to worldwide economies, offering businesses unparalleled growth opportunities beyond their start-up years.

Which countries offer the best working conditions and benefits?

We reveal the more attractive countries for expats

Looking to start your next adventure overseas?

At William Russell, we have 30 years of helping people settle into their new lives overseas by providing world-class international health insurance.

Making the move to another country can be challenging. But no matter where you go, you can take one thing off your mind. William Russell offers global health insurance that can cover you for everything from minor injuries to long hospital stays, and we even offer medical evacuations for patients who require treatment in other countries.

Speak to us today to find out more about how international health insurance could support you. 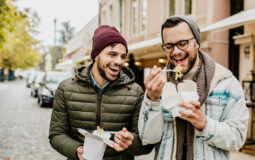 How Does Health Insurance Work In Nigeria For Expats?

We look at everything you need to know about healthcare in Nigeria for you and your family.